“I went to a supper club in my hometown, which had live music, and I asked her to dance,” he said. “And the dance has been going on for over thirty-five years now.”

John and Tena Weinand are third-generation farmers who own and operate a family farm in Hazen, North Dakota. They grow canola, sunflowers, winter wheat, barley, corn and soybeans, and they also raise cattle. John and Tena both come from a farming background, and John’s father and his grandfather were farmers in North Dakota.

“There’s a history of farming in our family that’s for sure,” John said. “And everybody that lives on a farm generally has some involvement whether they like it or not.” John and Tena have six adult children and four grandchildren. One of their sons, Dan, continues to farm with them.

“John hobby farmed a bit at first,” Tena said. “He worked in a coal mine near Hazen, but then his dad got sick in the ‘90s, and that’s when John really started farming.”

“Our number one goal has always been to leave the land better than when we got it because staying in business is the name of the game,” John said. “If you get the opportunity to do that, you’re able to make long-term changes.”

When asked about the challenges the family has faced on the farm over the years, John and Tena quickly pointed to the drought North Dakota experienced last summer. “Putting seed in the ground, whether the ground is dry or not, and hoping for rain is just one of the risks of farming in general,” Tena said.

“I think we’ve all learned to trust the good Lord because mother nature is still driving the bus here,” John said. “Your faith is important, and I think everything we’ve experienced has enhanced the faith lives of each of our family members because we live so close to the land.”

One of the most prominent changes in the land John has seen over the last 30 years has been the central plains movement toward no-till and minimum-till farming. “We would have had some serious problems last year considering how dry it was and how many days the wind blew,” he said. “The dust bowl of the 1930s would have become the dust bowl of 2017, but it didn’t happen because of what we’re doing for the environment.”

John’s involvement with the North Dakota Grain Growers over the last nine years is another example of his commitment to the environment and the well being of North Dakota farmers. He is currently the immediate past president of the NDGGA and believes his two-year term as president saw good progress on the 2018 Farm Bill. “We were able to get some of the things we were shooting for, especially this last year,” he said. “It’s not done yet, but given our continued efforts and attention, we’ve been doing our part.”

John says one of the greatest benefits of being an NDGGA member comes from getting to know farmers throughout the state. “Sometimes you can feel kind of alone when dealing with a problem,” he said. “But when people who have the same concerns and questions work together, we can make a big difference.”

To learn more about the North Dakota Grain Growers Association and how to become a member, please visit www.ndgga.com. 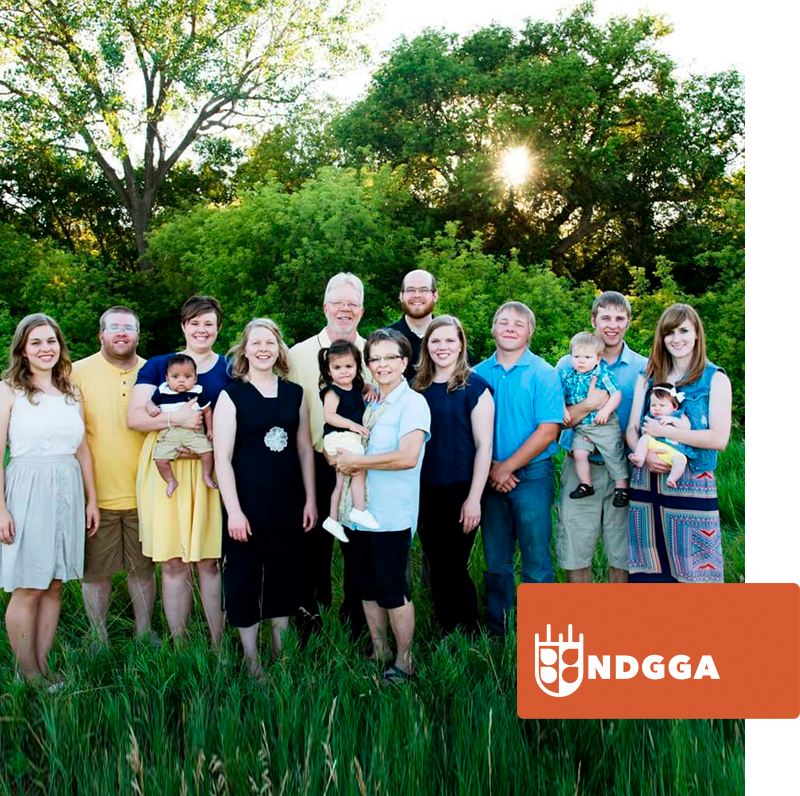